Gabriela Tropia is a lecturer and artist specialised in screendance (videodance, dance for the screen, dance for camera).

In 2018, Gabi envisioned and designed the only Masters course in the world that focuses on dance filmmaking. The MA Screendance is a milestone in the development of screendance as an academic discipline and field of research. She established the first coherent pedagogic approach to this interdisciplinary field, integrating choreographic and filmic practices and histories.

Gabi is committed to fostering a community of learning in the classroom, where every voice is recognised as valuable. She champions risk taking and experimentation, while also identifying the needs and interests of each individual student, enabling them to reach their own unique potential and develop their critical and authorial voice.

Gabi directed Under the Cobblestones, a 20-minute film about freedom of speech and protesting, in collaboration with choreographers Igor & Moreno and musician Bellatrix. The film was screened at the Cinedans Festival Amsterdam and awarded at Passion for Freedom Arts Festival London.

Gabi has also directed the short Units of Action, which has been screened in film festivals in more than 10 countries and was included in the Videodance Mercosul DVD. Tableleg, a film she directed and performed in, has been shown at Sadlers Wells theatre amongst others. She has been commissioned twice by T.H.E Company and the National Museum of Singapore.

For her Jam Series practice-as-research project, she shot and edited dance films within a strict timeframe of 2 hours. This resulted in 13 short films, a Pecha-Kucha symposium presentation and has been incorporated into her teaching practice.

Gabi is committed to forging opportunities for students to collaborate with others. Some examples are: the Camden Alive Sidings project, a lecture demonstration with Anthony Van Laast, and a climate emergency collaboration between students from London (LCDS), Hong Kong (HKAPA) and Sao Paulo (USP).

She is published in Terpsichore in Zeros and Ones (ed. Szperling) and Art in Motion (ed. Hayes and Boulègue).

Gabi is Course Leader for the MA Screendance at London Contemporary Dance School and is dedicated to nurturing a new generation of screendance artists.

Gitta Wigro is a freelance dance film programmer based in London, UK. She has worked as guest programmer, speaker and jury member for, among others, American Dance Festival (USA), La Danza in 1 Minuto (Italy), BFI FLARE (UK), Big Dance Shorts (UK), and Light Moves (Ireland). She is a programmer for the Screendance Competition at Leeds International Film Festival.

From 2000 to 2007, Gitta was part of Videoworks, The Place’s resource for dance film makers. Videoworks comprised a video library, production facilities and the annual Dance on Screen film festival, and Gitta took over its management in 2004. She curated the annual Video Dance project for Anticorpi XL (Italy) from 2006-2014, and was co-curator of the 2010 edition of Moves International Festival of Movement on Screen (UK). She created a programme for the inaugural edition of Movers and Makers, a new dance film initiative for Screendance Scotland in 2016.

She was a relationship manager at Arts Council England, the national funding body for the arts, managing project and organisational grants, with a remit for dance and digital media. Gitta maintains a free online resource for dance film makers on Facebook (videodanceMVB) and Twitter (dance_film). She is also co-director of Independent Dance, an artist-led organisation providing a responsive, stimulating space for artists in their ongoing development as professionals. 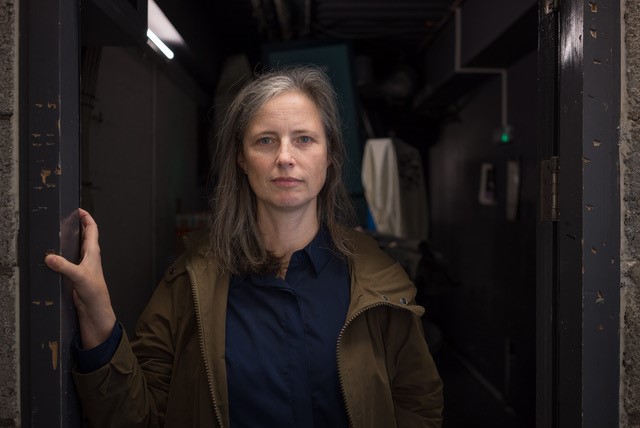 She received an MA in visual anthropology from Goldsmiths College, and a PhD from the University of Westminster. She has worked as a commercials director, as a lecturer on film, video and performance practice, and she also writes and curates.

Lucy Cash is a filmmaker and artist whose work spans moving image, installation, participatory event and writing. She draws on techniques of improvisation and real time composition and explores choreography in relation to editing, sound and cinematography as well as movement. Her work makes her as much as she makes it.

Originally from a background in performance and choreography she has been an artist in residence for the Whitechapel gallery, held a research residency at The Foundling Museum and received a Screendance fellowship from South East Dance. Her film and video work has been shown internationally and she has delivered provocations for the Jerwood Choreographic Fund as well as producing and co-curating two interdisciplinary festivals (What if.. and What Matters) at Siobhan Davies Studios, London. Her writing is in the forthcoming Creative Critic: Writing As / About Practice. She was an associate artist at Artsadmin (2007 – 2016) and an associate member of Goat Island performance company (2005 – 2009).

Cara Hagan is a mover, maker, writer, curator, champion of just communities, and a dreamer. She believes in the power of art to upend the laws of time and physics, a necessary occurrence in pursuit of liberation. In her work, no object or outcome is sacred; but the ritual to get there is. Hagan’s adventures take place as live performance, on screen, as installation, on the page, and in collaboration with others in a multitude of contexts.

In recent years, Hagan and her work have traveled to such gatherings as the Performática Festival in Cholula, Mexico, the Conference on Geopoetics in Edinburgh, Scotland, the Loikka Dance Film Festival in Helsinki, Finland, the Taos Poetry Festival in Taos, New Mexico, and to the Dance on Camera Festival in New York City.

Imogen obtained a first class BA (Hons) degree in dance studies in 2014 from the University of Roehampton, where she specialised in Dance and Technology. She has gone onto work as a project assistant for Dance Film Festival UK 2015, Straybird’s Some Pattern of Current project (2014) and continues to work on her own screendance practice. In 2016, she completed an internship at Trinity Laban Conservatoire for Music and Dance (2015-2016) in Technical Support for HE and also works as a freelance film and theatre technician.

This page will be updated when other lecturers and collaborators are confirmed.

London Contemporary Dance School's AV room provides students with a range of equipment to support their learning and artistic practice. A selection of excellent quality independent filmmaking equipment is provided via online booking for short-term loans and free of charge. A full-time member of staff is available to advise on technical problems and support students in realising their ideas.

There is a wide range of equipment available, including: